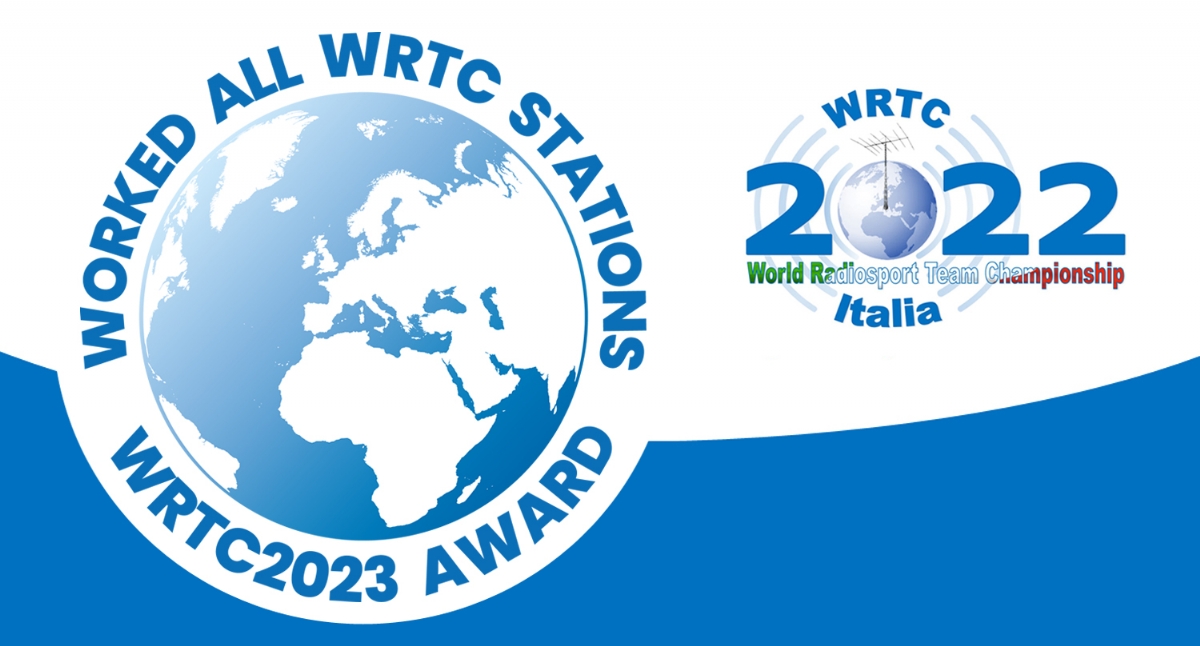 WRTC Organizing Committee is proud to announce a 2023 edition of WRTC 2023 AWARD!

This is a WRTC 2023 AWARD for anybody who wants to have fun in radio chasing and looking for WRTC Special event stations all over the world and promoting the real WRTC 2022 event.

In 2022 we had a very long and productive 6 month editon of WRTC 2022 AWARD, with more than 1,5 milion qso’s. Thanks to all of you who had this opportunity and had his beautiful 2022 Award!

NEW YEAR, NEW RULES, MORE STATIONS, CONCENTRATED IN ONE MONTH. We are sure that you will have fun looking for all these stations on all bands and modes, earn your Award and participate to the ranking. It will be amazing!

1) Not only italians but more than 30 callsigns from all over the world will be Special Event Stations (SES) making the Award more fair and attractive. (check in the Award rules)

You can imagine what kind of effort is this. We have registered around 400 activators for at least 44 special callsigns in Hamaward platform, since now, and it is not ended yet. You willl be able to follow each SES log in real time on qrz.com page. That makes easy, fast and attractive this Award. As far as we know there never have been such a big event in radio, for so long time including so many Special Callsigns, and operators. Wouldn’t you be part of it? It’s your time now.

Now the only thing that is missing is an incredible number of qso! This is up to you!

As in 2022 we will have a unique shared log that collects all qso’s made all over the world so numbers will go higher and higher hour by hour depending on you.

A lot of brilliant Awards will be available, by bands, by modes and mixed. Check closely the rules!

So headset on and start looking for WRTC Special Event Stations around the world beginning January 2023 the 1st!

1. Purpose
Promotion of the organization of the WRTC 2022 – “World Radio Team Championship”, that will be held in July 2023.

3. YL / OM QSO
Award is issued following the QSO with the special event stations, in the period indicated in point 2
of this regulation.

Special event stations are listed below.

A final ranking (Overall ranking List) and Worked All Stations Award is produced for participants making QSOs with special event stations, based on the total sum of points as follows:

7. QSO accreditation
Each special station can be worked only once a day on each band and mode.
A “dupe” QSO will not be considered as a penalty.
IT IS STRICTLY FORBIDDEN TO ASK FOR QSY BY MODE AND / OR BAND.

8. Worked all Stations Awards
N. 18 Awards will be issued for have worked at least once in the Award time (January 2023) most Special Event Stations.

9. Overall Score listings
Points are assigned for QSO with Special Event Stations every day on any award mode or band.

10. Award release and qsl
To obtain the WRTC 2023 AWARD, a minimum of 100 points is required, within the times and methods indicated in these rules. Issue of the Award is free and does not require paper QSLs or QSO confirmations.
In case the minimum required 100 points for the award are not reached, each logged operator with at least 1 QSO will still be able to receive the certificate of participation.
The Award or Certificate of participation is issued by downloading the file in digital format, in high resolution A4 format, without registration, through the website www.wrtc2022.it/award , following the end of the event.
eQsl download will be available at the end of the Award in Hamaward.cloud.

(this list is to be completed according to the received commitments, callsign and qualification area)

Antenna for 435MHz Skew-Planar antenna has had little attention in the amateur radio community despite being present in QST by Robert H.... Read more

How to perfectly clean wires in minutes! by NH7ZE

Here is an old ham radio operators trick for cleaning wires for soldering that are old and corroded.  It is hard to find this technique printed anywhe... Read more

NEW FOR 2018! Following on from our successful LFA-Q compact quads, we are adding a more traditional looking quad to our range which boasts two of the... Read more

Field Day Antennas [ PodCast ] – “ARRL The Doctor is In”

The CHA HYBRID Base is designed to enhance the capabilities of the common HF radio application by allowing faster tuning operation across the HF bands... Read more

“We made a long wire vertical antenna suspended from a helium balloon over the river, at 25 watts and an MFJ 993b autotuner to tune it on 40 met... Read more

“Since my first video on the DXmini Hotspot for DMR / Fusion / DSTAR, there have been some updates to Pi-star itself, and some firmware updates... Read more

Tips and tweaks about how to improve your receive audio on the Elecraft KX2. These tips apply mostly to the noisy 40m band. When on 15m, or 20m, I oft... Read more

“I was looking for an antenna to throw in my camping kit to give the portable radio a little more range. Typically campsites and backwoods locat... Read more

TinyGS Here we take a look at the TinyGS Lora Satellite project and how to receive their transmissions. TinyGS is an open network of Ground Stations d... Read more

Not all PL259s are the same. The newer designs are a superior design and accurate. Anyway, I nearly cock this up. Perhaps rate me out of 10! Read more

“How do we actually connect our radios to a power source? Also, should we have more than one handheld radio battery? Should we go a step further... Read more

For this week’s Something for the Weekend video, Tony takes us through the range of Heil headphones available at ML&S! Read more

NexGen Hotspots “From NexGen Hotspots, the Rugged Spot, one of their top sellers – a review. The nice thing about this hotspot, over other... Read more 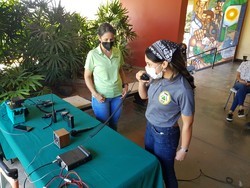 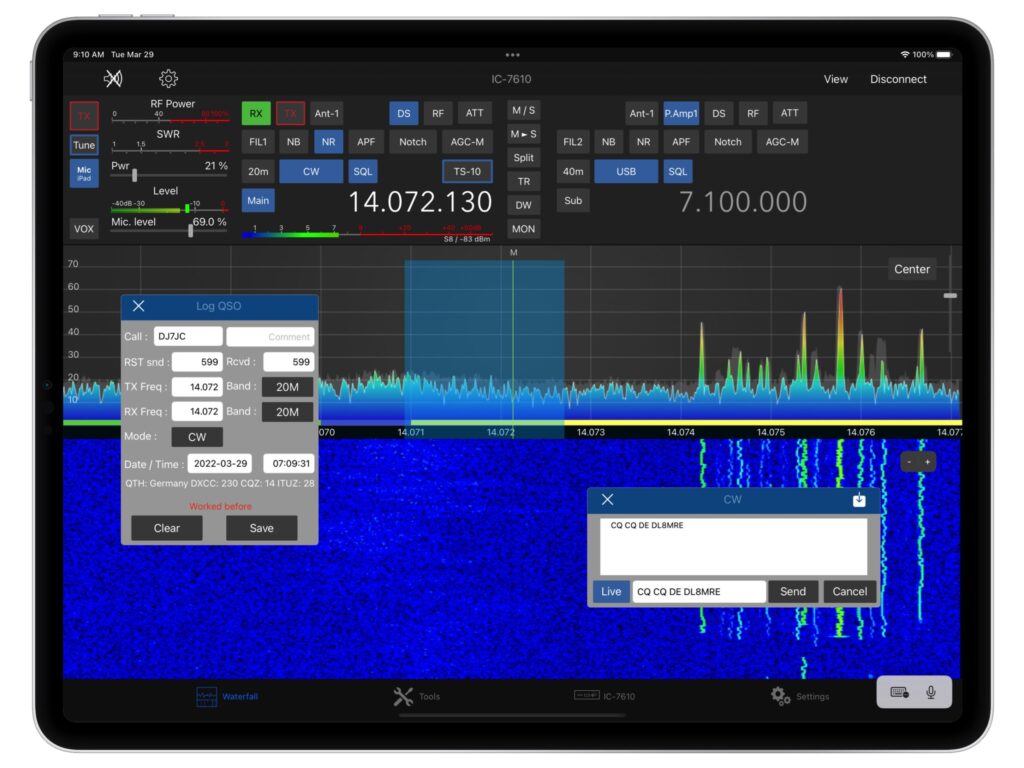 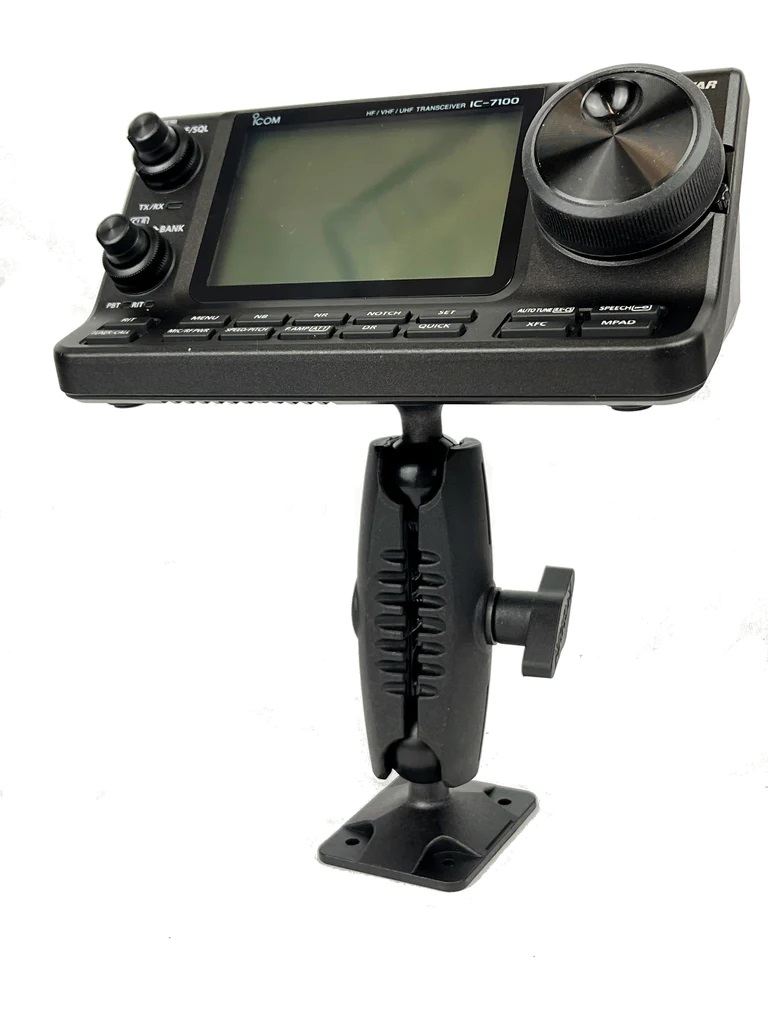